At the intersection of University Boulevard and Queen City Avenue, just across from the University Club, is The Downtown Gallery (408 Queen City Ave.; 205-752-6222) featuring wonderful sports art by Daniel Moore.

Plan on spending the night in the area traditionally referred to as “Bear Country” as Tuscaloosa is Alabama’s fifth largest city, and you’re guaranteed plenty of road trip adventure, including tall tales about football wins and barbershop talk about Tuscaloosa-born Dinah Washington, the “Queen of the Blues.”

Stay at Hotel Capstone (320 Paul W. Bryant Dr.; 800-477-2262;, adjacent to the Bryant Museum, and walk to the University of Alabama campus. Or check into the boutique retreat, The Jack Warner (2700 Yacht Club Way, NE; 205-343-4215) near Lake Tuscaloosa, 10 miles from downtown. Tuscaloosa also offers a variety of other accommodations with prices ranging from around $65 to $300. Advanced reservations are highly encouraged, especially on football weekends when rooms book up early.

The Kentuck Art Center and Gallery (503 Main Ave.; 205-758-1257) in nearby Northport and the Moundville Archaeological Park (634 Mound Pkwy.; 205-371-2234; in Moundville are short drives away. Both attractions have gift shops offering unique gift selections and road trip souvenirs. A good time to visit is in October when two large festivals take place. During the first full week of the month, the Moundville Native American Festival is held. On the third weekend of October, the nationally recognized Kentuck Festival of the Arts takes place.

Spend the Morning in Livingston

Drive 60 miles to Livingston and see one of the town’s most treasured landmarks, the Bored Well on U.S. Hwy. 11. Historians say, beginning in 1854, an old blind mule pulled an auger around day after day until the artesian well was completed in 1857. When people began to claim the mineral water had medicinal value, Livingston’s fame as a health spa spread far and wide. Located on the Courthouse Square and now covered by a brick pavilion, the iconic well remains as a longstanding piece of Livingston’s history.

Across the street is a plaque honoring Vera Hall, who during the 1930s established one of the most stunning bodies of American folk music on record. She is perhaps best remembered for her song “Trouble So Hard” (1937). Today, Livingston is the location of the Sucarnochee Revue, a radio program of live music recorded over the course of several weekends each year beginning in late January, as well as the Sucarnochee Folklife Festival in April.

A “must do” in Livingston is enjoying the sites and scenes of the University of West Alabama (100 U.S. Hwy. 11; 800-621-8044), which dates back to 1835. A bronze tiger, symbolic of the school’s athletic prowess, watches over students and visitors as they stroll through the storied campus. On the north end of the campus and open daily to the public for picnicking, boating and fishing is Lake LU (pronounced Lake “El-Yoo") and the Sumter County Nature Trails. The lake and trails are popular destinations for observing the local plants and wildlife. While walking on the grounds of the university, you will see many outdoor sculptures that are placed from one end of campus to the other.

Near the Student Union Building, you’ll find the Duck Pond and the Alamuchee-Bellamy Covered Bridge, one of the oldest remaining covered bridges in Alabama.

Many claim Renfroe’s ghost haunts the bridge. If you see the lights blink on and off, you’ll know he is there.

While in Livingston, be sure to eat at the Touch of Home Mennonite Bakery (90 North St.; 205-652-6561). This is one of the best places to eat in west Alabama. Get there early, as this is a breakfast and lunch-only destination. Open Monday through Friday until 3 p.m.

Quick Trips to Gainesville and York

If you have the time, there are two communities that you may wish to visit before continuing your road trip to Demopolis. From Livingston, you can travel to Gainesville (16 miles north from Livingston), once the third largest city in Alabama. The town now boasts many historic homes and churches, a Confederate Cemetery which serves as the final resting place for hundreds of Civil War soldiers, the place where Lt. Gen. Nathan Bedford Forrest gave a farewell address to his troops (near the intersection of AL Hwy. 116 and Hwy. 39), and beautiful Gainesville Lake (560 Howell Heflin Lock Rd.; 205-373-8705, 205-373-6328), where you are invited to pull in, launch a boat, enjoy primitive camping or simply bask in the beauty of the area.

York (10 miles south from Livingston) was once called New York Station. The name was shortened when the community officially became a town in 1881. Located on York’s historic Avenue A, the Coleman Center for the Arts (630 Ave. A; 205-392-2005) includes buildings that formerly served as an auto mechanic’s shop, a general mercantile store, hardware store, and the original Bank of York. Across the railroad tracks is the quaint downtown area. A great deal of freight train traffic continues to regularly pass through York as it is approximately the same distance from Mobile, Birmingham and Montgomery. Be sure to check and see if the Trackside Blues Café (607 First Ave.; 205-392-4343) is open on your visit. This local eatery, which regularly features live music, is so close to the tracks that passing trains can be heard inside.

See Antebellum Mansions and Experience Christmas on the River in Demopolis

From Livingston, travel to Demopolis (28 miles east from Livingston), where you will find historic Bluff Hall (407 N. Commissioners Ave.; 334-289-9644), built by slaves in 1832. The interior of this handsome structure has been restored to its pre-Civil War appearance. Also in Demopolis is Gaineswood National Historic Landmark (805 S. Cedar Ave.; 334-289-4846), often called the most unique antebellum mansion in Alabama.

There is an audio self-guided tour at Gaineswood that you will certainly want to hear, but be sure to take your cell phone with you. Unlike other audio tours where you are charged a fee and loaned a portable listening device, on this tour you take your own cell phone, call a special telephone number and punch in a location code. You will then hear a description and history of the exact location in which you are standing. There is no charge from Gaineswood for this service. The only charge for this helpful information may be from your mobile provider.

Christmas on the River

The annual Christmas on the River takes place here in late November/early December. Held since 1972, this festival has grown into one of the Southeast’s leading events, attracting more than 40,000 attendees each year. People travel from coast to coast to see the “floats that really float,” hear the reading of “The Christmas Story,” enjoy candlelight tours, witness the crowning of St. Nick and celebrate during the famous barbecue cook-off.

Be sure to call ahead to chosen destinations to make sure they will be open during the time of your visit.

Discover the Antiques of Historic Eutaw

From Demopolis, travel to Eutaw (25 miles) on AL Highway 43. Just before you get to the sign that says Forkland community, you will see Jim Bird’s Hay Bale Art in his open pasture. A pleasure for travelers for years, the collection of sculptures made of hay bales can change from year to year.

Once you get to Eutaw, you will find Eutaw Antiques (105 Boligee St.; 205-372-0943), located in a former grocery store, and Courthouse Antiques (103 Boligee St.; 205-372-2022). Both are located on the Courthouse Square. In addition, Eutaw boasts more than 40 residences and seven public buildings from the antebellum period and many others from the Victorian era. Each year, the Black Belt Folk Roots Festival – featuring handmade crafts, down-home cooking and old-timey blues and gospel music – takes place on the Old Courthouse Square on the fourth weekend in August, and the Historical Society hosts a tour of homes the second weekend in October. Make sure you call ahead to visit the White Columns Manor B & B (89 Spencer St.; 205-372-1800).

Overnight accommodations in rural west Alabama include three hotels in Livingston and cabin rentals 25 minutes outside town at Mimosa Ridge Cabin Rentals (2684 McDowell Rd.; 334-289-4279) overlooking the Tombigbee River. In Demopolis, there are half a dozen hotels. In Eutaw there are two hotels and two bed-and-breakfast establishments: White Columns (mentioned above) and Oakmont (107 Pickens St.; 205-372-3436). There is one hotel in York. 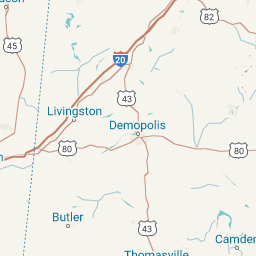 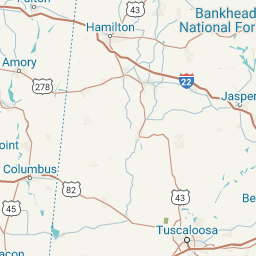 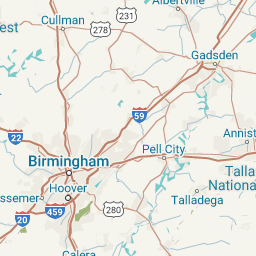 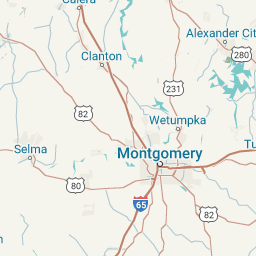 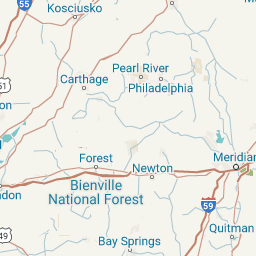 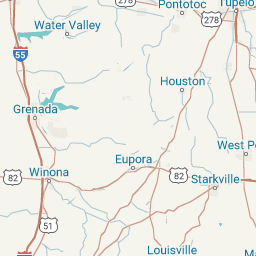 Situated alongside the Black Warrior River, Tuscaloosa is Alabama's fifth-largest city and home to the University of Alabama. The city is part of the area known as West Alabama, which is steeped in Native American and Civil War history. West Alabama includes other historic cities such as Moundville, Livingston, Demopolis, Gainesville, York and Eutaw.

The ghost of "Alabama's Outlaw Sheriff" at Alamuchee-Bellamy Covered Bridge

One of Livingston’s more colorful characters was Stephen S. Renfroe known as “Alabama's Outlaw Sheriff.” According to many historians, he was a Confederate Army deserter who married three times. He killed his brother-in-law from his first marriage and his first two wives died suddenly from unknown illnesses. In 1878, he became sheriff of Sumter County but turned outlaw, committing crimes even while holding that office. He was repeatedly arrested only to escape. Luck ran out in 1886 when “Alabama’s Outlaw Sheriff” was lynched by locals either from or near the Alamuchee-Bellamy Covered Bridge. During that time, the bridge spanned the Sucarnochee River.

Walk through the Alamuchee-Bellamy Covered Bridge at twilight as the lights first come on and you might meet “Alabama’s Outlaw Sheriff.” Many claim Renfroe’s ghost haunts the bridge. If you see the lights blink on and off, you’ll know he is there.

Alabama’s Black Belt region, so named because of its rich black soil, cuts a swath across the state that encompasses 22 counties, including Hale and Perry.

Birmingham: Taking it to the Streets, Downtown

Get ready to travel to Birmingham, Alabama's largest city, for a stroll through historic downtown. On this walking tour, you will go to the place where hot peanuts have been sold for more than 100 years and stroll through shops filled with memories.